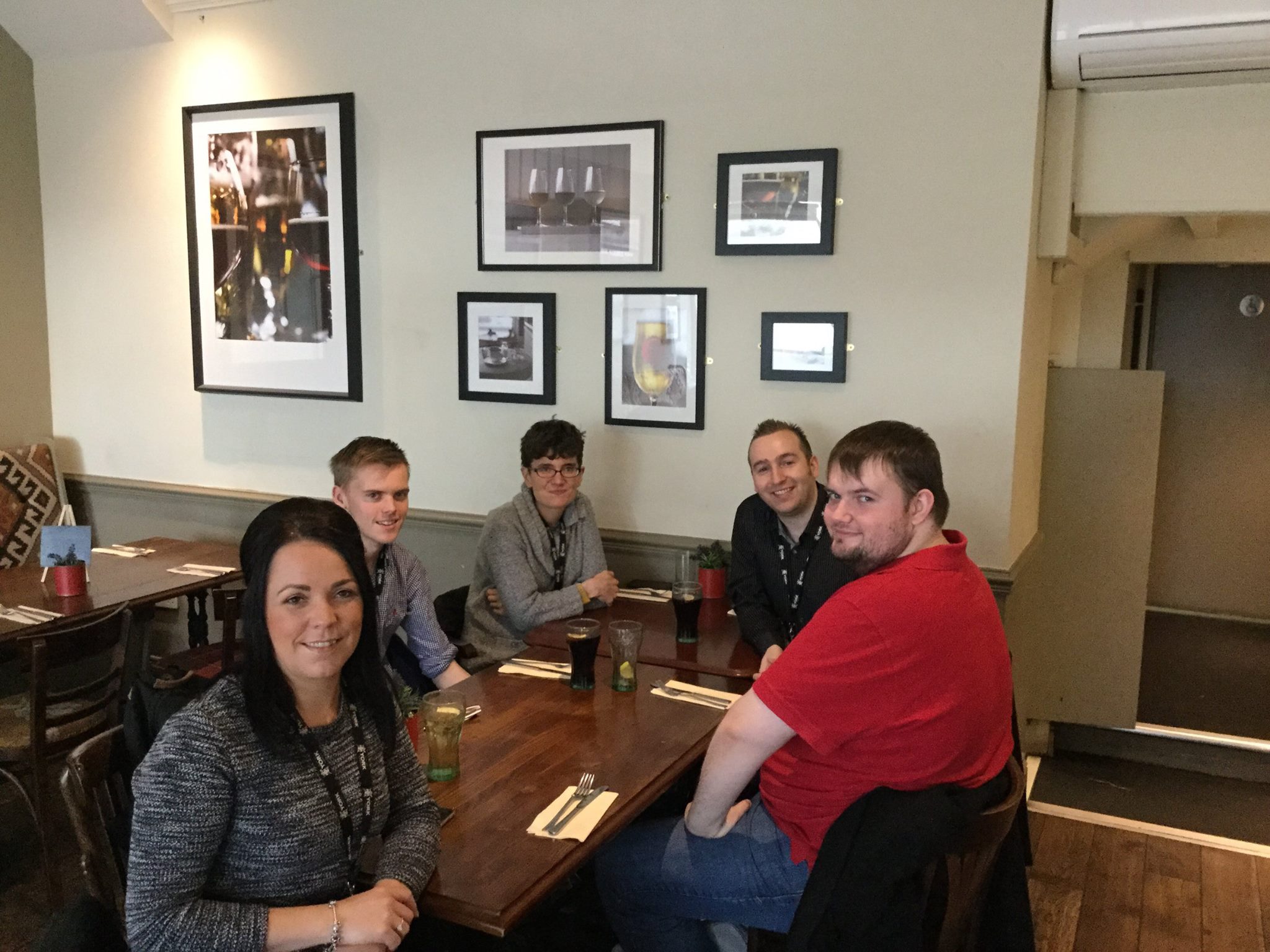 We like to express our Yorkshire heritage here at Digital City and what else could be better than going down t’ pub for a spot of lunch? (You can’t beat an old fashioned plate of bangers & mash!)

Typically within most jobs, teams must come together for meetings to summarise what they’ve been doing and what they are doing to progressing into the future. But we like to have some fun at the start, a little icebreaker if you will.

So basically each member of the team had a piece of paper and we were told to write down 2 facts about ourselves that was true... and 1 lie!

Karen started us off...

The remaining 4 of us had 3 questions we could ask about these statements to try to figure out the lie. After the lie was revealed we each took turns on reading out our cards.

We have learnt a few more things about each other which were fun to have a laugh and an excellent warm up before knuckling down on our workload, although it’s worrying to know we have some really good liars in the team! Our little ice breaker session was a great way to start the day (not to mention a spot of lunch on the side).

Since the ice breaker, I now know that Karen has successfully edited a book, she is in fact a fully qualified licensee but no. Blue is not Karen’s favourite colour: it’s yellow. Karen could’ve listed three companies and said she worked for them all, then we would’ve have really struggled.

Lindsay did In fact want to become a pilot when she was little and logged all of her flight hours. This must’ve been just after she head butted a toilet and cracked her forehead open (*ouch*). I know Lindsay loves cooking, trying to recreate dishes that she’s had. But she is not applying to go onto Come Dine with Me.

Then it was my turn to try and fool the fools. Growing up I once had to go to the hospital to get some milk teeth removed when I was 7 years old, this scarred me. The memory of having a needle unexpectedly jabbed into me from the nurse, I was not impressed. I do own 4 pet fish! (Yes they are really named ‘F’, ‘Ish, ‘Ch’ & ‘Ips’) I think its genius what we named them. Why would I enjoy long walks? I’d rather sleep!

Rob did draw a picture of Des Lynam for a competition and won! I’m assuming either Rob is a artist or they took sympathy for his attempt at drawing Einstein. I’m sure Rob has a hidden trait in order to have won a national prize. His uncle was a member of 80’s rock band Happy Mondays! Robs love of music must’ve come from when he was at Party in the Park, heading backstage to chill with Michael Jackson (He wishes).

When young Joe was in school he once said “The rocket blasted off” due to his pronunciation of ‘L’ sounds, space day was definitely not a good time for him. Joe’s love for Japan must be related to his love of Jellyfish, luckily Joe preserved his sanity and instead visited a themed café in Tokyo in which all of the waitresses dressed up. No jellyfish’s were harmed during Joe’s trip to Japan.