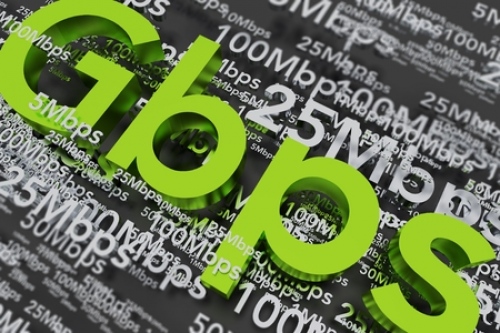 Ofcom has today posted their final 2018 Voluntary Code of Practice (CoP) for broadband ISP speeds, which will provide UK consumers with more information about their estimated line performance and make it easier to exit your contract if related problems cannot be resolved within 30 days.

Most of the United Kingdom’s largest ISPs have already signed up to the existing 2015 CoP for Broadband Speeds, which requires them to explain (at the point of sale) the access line speeds that you’re likely to achieve at home. On top of that the provider must try to resolve any problems when speeds fall significantly below the estimate. A similar code exists for business connections (here).

The code ensures that consumers receive a personal estimate of their expected download speed during the sign-up process to a new ISP, which reflects the 20th and 80th percentile speeds to be provided (i.e. an estimated range of possible performance for your line).

On top of that providers must also provide, upon request, the Minimum Guaranteed Access Line Speed (MGALS) for your line and this reflects the slowest 10% of similar users. The MGALS level is important because ISPs that fail to resolve any significant speed problems (i.e. your speed remains below the minimum) may offer customers the right to downgrade or exit their contract, without penalty.

However, the code is about to change. Last year Ofcom began a consultation that sought to improve the current rules by introducing several enhancements, which we’ve already covered in more detail here. A simplified summary follows.

* The code has been expanded to include ultrafast Cable (Virgin Media) and “Full Fibre” (FTTP/H) broadband providers, as well as the existing coverage of copper ADSL and hybrid-fibre FTTC (VDSL2 / G.fast) based services.

* Estimates for upload speed must now be included, although the MGALS rule only applies to download performance (Ofcom said they will look at this again in the next review because “we did not consider that poor upload speeds were, in themselves, likely to affect most users’ experiences to the degree that a general right to exit was warranted at this stage“).

* The new code must also reflect the impact of network contention during busy peak-times (8-10pm for residential customers and 12-2pm for businesses). Speeds often get slower during busy periods because more people are online and related connections need to share their network capacity between many users in order to be affordable. Last year Ofcom stated that average download speeds for residential customers are 34.6Mbps during the 8-10pm peak period, compared to average maximum speeds of 39.1Mbps.

* Members of the code (ISPs) must now show the line’s minimum guaranteed download speed before sale (at present you only receive the MGALS figure upon request).

* Providers will be given 1 month to resolve a problem where the speed falls below the MGALS level and if they fail then the customer must be allowed to exit their contract, penalty free.

* In order to deliver normally available speed estimates based on peak time speeds, member ISPs will now be required to test the actual speeds of a statistically meaningful panel of customers on each broadband package during peak time.

Some providers (e.g. Vodafone) already do something very similar to the above changes, but generally consumers should expect to receive a performance prediction like the one directly below, which will form part of your order process (this is ONLY applicable via ISPs that actually sign-up to the code).

However there is a small difference for Cable and FTTP/H providers, where speed degradation is not normally affected by the length of the line. Ofcom will require that the minimum guaranteed download speed should be at least 50% of the advertised rate of the package instead of 10%. “We consider that this would protect those customers who receive speeds significantly below expectations, while still encouraging ISPs to invest in improving their networks,” said Ofcom.

“Broadband customers must know what they’re signing up to.

These protections will close the gap between the broadband speeds people are sold, and what they actually receive. And to give people extra confidence, we are making it easier to walk away – without penalty – if companies fail to deliver.”

One caveat in all this stems from the new requirement for ISPs to carry out speedtests so as to create a normally available speed value. Ofcom seems to overlook that not all ISPs bundle a broadband router with their packages (i.e. tests conducted via the ISPs router would be the easiest way to do this) and many others lack the resources or access needed to modify the firmware. This will be particularly difficult for new entrants and smaller ISPs.

We know of some ISPs that have considered the alternative approach of working with a 3rd party (e.g. Samknows) in order to produce the data, but we’re told that this approach looks likely to be far too expensive for smaller providers. The outcome could be that new entrants and smaller ISPs actually end up being discouraged from voluntarily joining Ofcom’s code due to the high costs involved, which doesn’t seem like a good outcome.

For small ISPs procuring equipment and testing for the effects of congestion (which we require to be tested over a 3-month period) will be a significant additional cost and investment of management and other staff time. ISPA noted that requirements that are complicated or costly to implement risked pricing-out smaller providers. While the system changes and testing can be carried out concurrently, Daisy and Gigaclear explained that these were significant new burdens for ISPs, particularly smaller ISPs, and that it would need some time and money for implementation.

A number of respondents strongly presented their view that the new codes should go live with as many signatories as possible signing up at the implementation date to avoid any gaming of the rules by non-signatory ISPs who might exploit the fact that not signing up to the codes will mean that they can present higher broadband speeds, as they will not be taking account of congestion.

However we do know that Openreach and BT Wholesale are working to ensure that live sync rate data will be made available through the Openreach eMLC service to allow more accurate speed information to be given to ISPs, although this is still somewhat of a work-in-progress.

One other gripe is the way that Ofcom’s changes to the MGALS rule could also be interpreted to mean that 10% of broadband lines are faulty. As the MD of AAISP, Adrian Kennard, said, “The problem is that if you are unfortunate enough to be in that bottom 10th percentile, and bear in mind that one in ten people will be, you may well have a service that is indeed doing the best it can and there is no fault whatsoever on the line that can be fixed by anyone” (example).

Otherwise the changes seem to be positive and any providers worried about the cost have at least dodged a bullet due to the regulator’s decision to keep the revised code “voluntary“. As usual the underlying challenge is the problem of balancing consumer expectations with reality, which can be inflated by how some ISPs advertise their packages. The ASA’s separate move to adopt average speeds into advertising are partly designed to tackle this (here).

Ofcom’s changes are an attempt to force a greater degree of honesty into the market, which in practice might struggle if they continue to insist that member ISPs must all carry out their own speedtests (easy for end-users, but not ISPs). Some ISPs suggest that it might have been better to encourage more providers to join the code than creating a huge barrier to entry via cost.

Implementing these reforms will require providers to make major changes to their systems, develop new speed testing methods, and train staff. Providers have a maximum of 12 months to make these changes before the new requirements come into force for services purchased from 1st March 2019.

Side-note: It’s worth remembering that the best way to test your broadband speed is via a wired connection to the router. Testing while on WiFi should be avoided because the often slower / variable performance of that wireless connection can negatively impact your results. Likewise buggy computers, anti-virus software, Smartphone based testing, web browser settings and various other factors can all influence such results.

Gigaclear has given their response to the new code.

“As a full fibre network operator, we welcome the decision from Ofcom to expand the remit of the Code of Practice to include Fibre-to-the-Home (FTTH.) We are also pleased to see that Ofcom has chosen to highlight peak time speeds, as this will help to ensure that consumers are better informed about the types of services available to them when choosing a broadband provider. In addition, it will minimise the risks of users entering into contracts that do not meet their needs.

This decision offers encouragement to all full fibre broadband providers. The new speed testing will emphasise the superior performance that a full fibre service offers, when compared to the century old copper connections.

This is a vital step towards promoting greater transparency and trust within the telecoms industry for consumers, and we are very glad to see that Ofcom has supported our recommendations. We will be reviewing the details of the report in due course, to explore becoming signatories to the new codes when they come into force in 2019.”