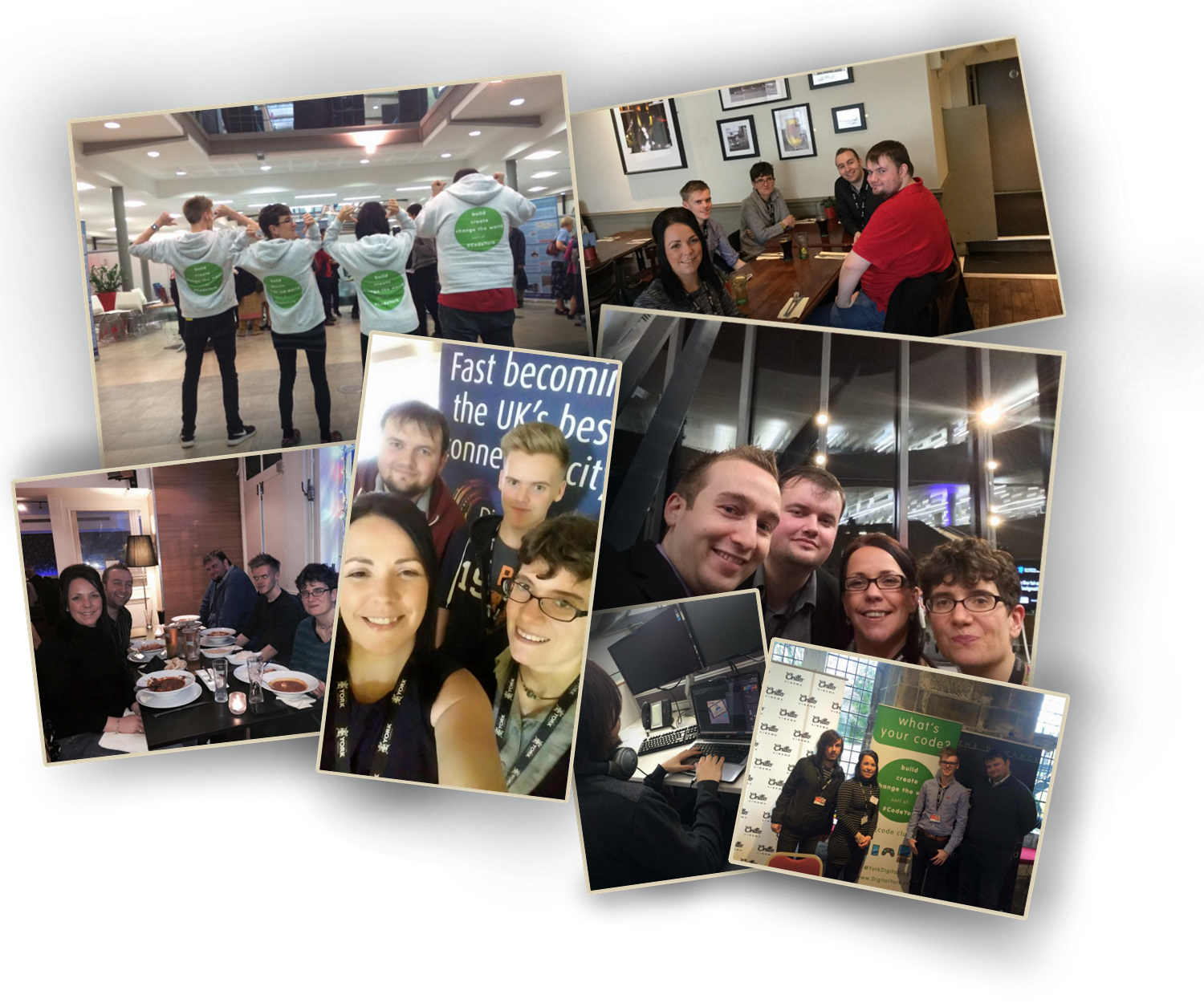 As part of secondary school, every student has to partake in what is called 'Work Experience'. Essentially, it’s just choosing some random workplace to sit in for 2 weeks and occasionally do something to help out. Usually everyone flocks to the 'fun' places like Game, vets, or hairdressers. I decided not to do that, because I wanted to do something related to the GCSEs I'm planning on taking (computer science & graphics). So, I went to the York Digital City team.  The first day was kind of intimidating, as would be expected as it's supposed to be like 'the first day of a new job'. To be honest, it did really feel like it. I walked into the Council offices and spoke to the receptionist so fast I don't think even I fully understood what I was saying. Anyway, I was given a visitor lanyard and was told to go sit in the waiting area. There I met Lindsay, my work-experience-boss. We both went up to where the team was situated, in a small desk space on the top floor of the building. I was given a quick tour around the floor, shown where the kitchens and bathrooms were, ect. I was then able to settle down, given a laptop to start working on.

At around 10am I was taken back down to the waiting room for a tour that all new council employees had to take. There I saw my friend Rachel, who surprisingly was also doing her work experience at the Council (except she was working with the Citizens Advice Bureau). We were shown what to do in case of a fire, taken around the building and shown where everything is, and we were given free-drink-vouchers at the end for the cafe. Afterwards I went back up to the Digital City team and started on my work. I started off making some photo collages of pictures of the team, which was pretty simple and easy. I was also told by Lindsay to make a 'missing' poster for one of the team members, Rob, because they make a joke about not seeing him in the office a lot!

I did that for the rest of the day (with a lunch break in between of course.) and clocked out at 4:30pm. It was a pretty good day, and the team were friendly and generally just had a lot of good banter. On day 2, I spent the day finishing off the photo collages I was working on, and also I began working on a TV advertisement slide for the team. I also met two other members of the Digital City team, Jae and Rob. The day went pretty well, nothing much notable happened that I can remember except joining the team on a catch-up meeting in the morning.

Day 3 was spent doing generally the same thing. On Day 4 & 5 I was sent to go work with an app development team called 'The Distance'. They're a small team situated in a loft-office-thing that they share with another company. There I met Anthony, the main guy there. He was pretty cool, and the rest of the team were pretty nice. I also had another friend from school, Calum, doing work experience. At The Distance my task for the first day there was to design the wireframe for a blogging app. For those who don't know, a wireframe is just a simplified plan for an app. It was actually really fun and I could really be creative with it. I ended up finishing it by the time I finished at 4:30pm, which was pretty cool.

The next day I spent the day learning about Material Design and how apps should be designed. It was really interesting to read and I learnt a lot about how things should look, transition, and move in apps. I also learnt a lot about colour-paletting and making everything look nice in designs for things. That was about it for my experience at The Distance, but I found it really great and the tasks I had and the people there were awesome.  Beginning week 2 of work experience, Mother Nature decided to bestow a lovely heat wave upon England. Now, usually sun and warmth is a good thing. But, when it's 31°c outside and you're stuck inside an office melting, it's really not good at all.

But, the murderous heat didn't stop this week being great. I spent Monday working on the TV slide again. At the end of the day I was given some more work to do, but I didn't get chance to start it.

Tuesday morning I got to spend with a graphic designer called Michael on the floor beneath us. He was really interesting to work with and it was cool seeing what graphic designers actually do. The task we did together was creating a certificate for Canon Lee school and whilst doing so, we had some good conversations about books, conspiracy theories, art, and the illuminati. It was honestly one of my favourite parts of work experience. In the afternoon I went back to the Digital City team and I began working on the work that was given to me yesterday, AKA making templates for invoice forms and purchase orders.

On Wednesday I finished up the invoice and purchase order templates and started working on designing the website for CodeYork. It was really fun to do and I got to be creative about it.

On Thursday I spent the morning working on the website again. Then in the afternoon we had another work experience kid working with us called Aswin. We ended up working on some CodeYork volunteer recruitment posters together. I managed to get 3 done by the end of the day (which I'm proud of).

And finally, on the final day, I spent the time writing this blog. The past two weeks were an amazing experience and I highly enjoyed all the things I did and I'm glad to have met all the people I've met. Big thanks to the Digital City team for letting me do work experience with you. You're all great.