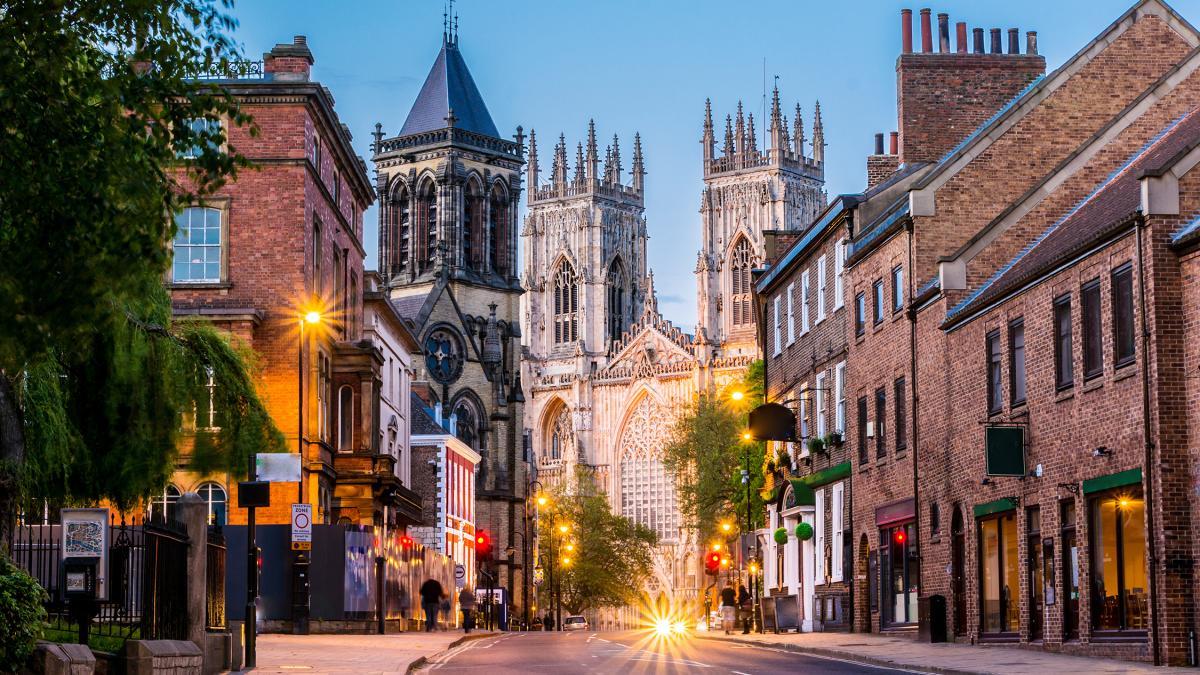 You can’t deny the romantic beauty of York. The period buildings, the meandering river and the iconic Minster have ensured this city a billing in every Best Places list. But it has hitherto been denied the top spot because it has always been a bit, well, old — and we’re not just talking the 2,000 years of history that started with the Romans. No longer. York today is a mini metropolis, with cool cafes, destination restaurants and innovative companies — plus the fastest internet in Britain.

At 105 sq miles, this compact city is half as big as Leeds, with a population below 200,000. Yet York, which is less than two hours by train from London and two and a half from Edinburgh, has ambitions to be one of the best-connected hubs in Europe. It is the UK’s first “Gigabit City”, offering broadband speeds of up to 1Gbps (one gigabit, or 1,000 megabits, per second) to businesses and tens of thousands of homes. There’s citywide superfast wi-fi, and work will start next month on a smart traffic-light system to reduce congestion.

This new industrial revolution is attracting talent from software designers to researchers, gaming companies, film-makers and financial firms. Co-working spaces are opening up, the insurer Hiscox has built landmark offices, and this year should see the unveiling of Spark:York, a business hub and community space.

Hipsters can enjoy Zen cooking and moreish french toast with basil sugar (£7.50) at Partisan, or marvel at the themed petits fours at Arras, a fine-dining spot. Anyone who’s anyone brunches at the Polish restaurant Barbakan and buys organic sourdough at Haxby Bakehouse.

Newgate Market, by the Shambles , was given a £1.5m facelift in 2014 — renamed Shambles Market, it offers Levantine street food and (of course) free wi-fi. The £15m John Lewis store is the star attraction of the £90m Vangarde Shopping Park, in Monks Cross.

The two universities add to the vibrancy and lend intellectual heft — the University of York offers free open lectures. The Art Gallery and the Jorvik Viking Centre have both been revamped, while the Theatre Royal has been refurbished — locals still queue through the night for tickets for the panto, which starred Oscar-winner Gary Oldman as Dick Whittington’s cat in 1979. The long list of festivals will grow in the autumn with the launch of York Mediale, a biennial celebration of media arts.

“The cultural scene has exploded — there are now microbreweries and hackathons,” says Greg McGee, 43, who runs the According to McGee art gallery with his wife, Ails, 45. She is also a fan: “York is a great place for our children, Isla, 10, Niall, 9, and Rowan, 7. Their imaginations run wild.”

Independent schools such as Bootham, St Peter’s and the Mount (girls only) are a draw, as are the outstanding secondaries Huntington and Fulford. And for all York’s cutting-edge cool, it’s still regularly voted one of the friendliest cities in the UK. North Yorkshire is also consistently found to be the safest area in England, with the lowest crime rate.

Flooding is always a threat, but the River Foss Barrier has had a £17m upgrade and the government has given £45m towards other flood-prevention schemes.

Best address
Prices in York have risen by 6.3% in a year. Many houses in Clifton — top streets are Marygate and St Peter’s Grove — change hands privately, so you could look to Bishopthorpe (“Bishy”) Road, a hub of Victorian terraces, independent shops and cafes near the racecourse, or Fulford, two miles south of the city centre. Cheaper Haxby is popular with renters and first-timers.